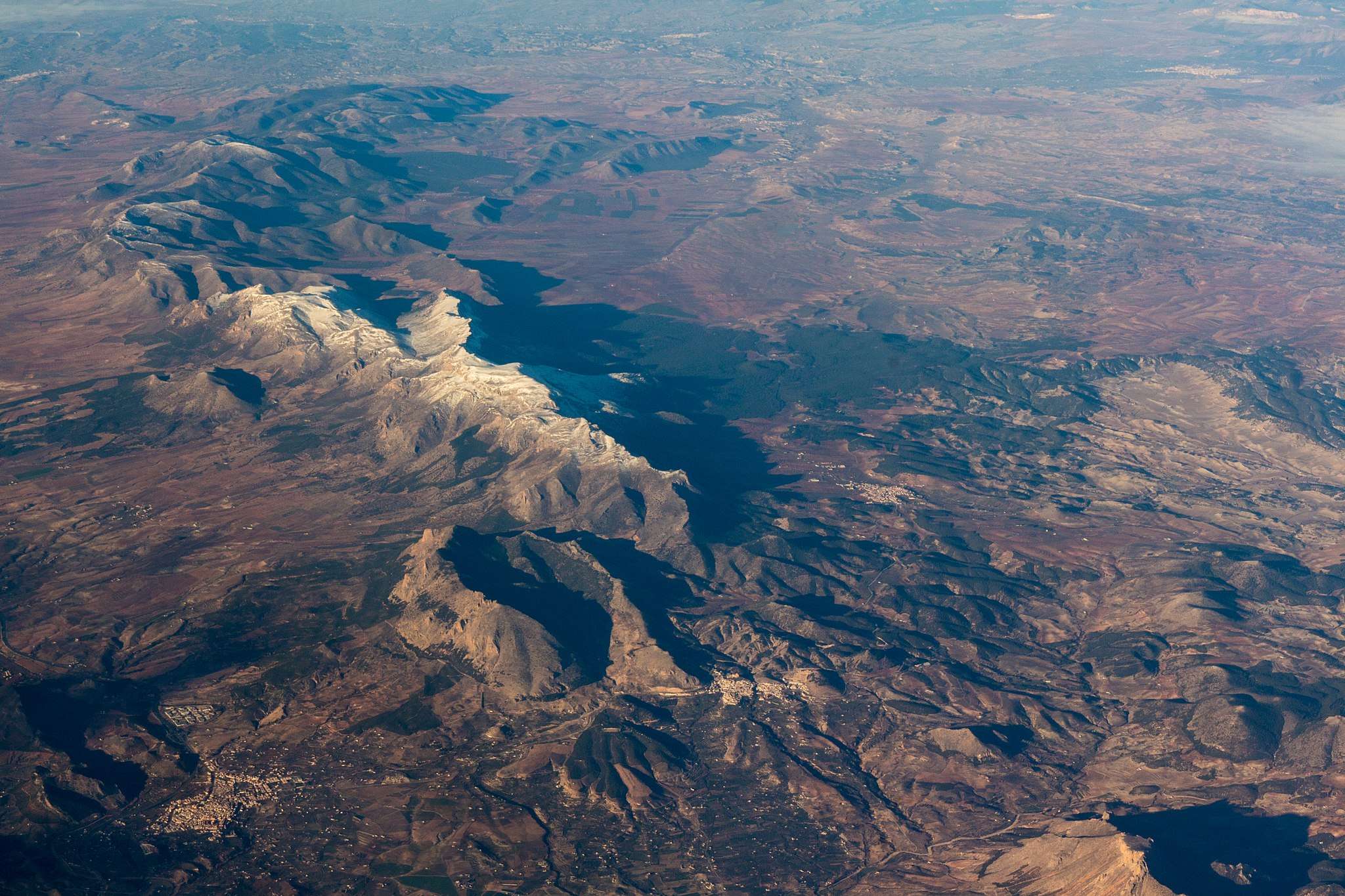 The Sierra María-Los Vélez, which occupies the eastern end of the Cordillera Subbética in the Almeria province was designated a natural park in 1987.

Its vast covering of various terrains showcases contrasts and features akin to the surface of the planet Mars. It is overlooked by the Sierra’s rocky summits, which are white with snow in winter, and the dry, barren south-facing slopes compared to its densely wooded north-facing ones.

Temperatures here range from a finger rubbing  -18°C in winter and rising to a fan waving 39°C in summer. The park’s altitude ranges from 800m to the highest peak of María, a barren limestone outcrop of 2,045m.

With over 100 bird species, including 17 species of birds of prey; in 2002 it was declared a special protection zone for birds. It is home to an immense population of butterflies, some of which can only be found in this Sierra, here in southeast Spain.